Skip to content
FacebookPinterestYoutubeInstagram
Advertiser Disclosure
Editorial Disclaimer: Opinions, reviews, analyses & recommendations are the author’s alone, and have not been reviewed, endorsed or approved by any of these entities.
Advertiser Disclosure: Travel Freedom has partnered with CardRatings for our coverage of credit card products. Travel Freedom and CardRatings may receive a commission from card issuers if you apply and are approved for a card. All credit card names are registered trademarks of their issuer. Please check offers closely on the application page as they change frequently and our info can sometimes be out of date. Travel Freedom may earn commissions from qualifying purchases.

In the past week or so, there have been two huge updates to the British Airways Award system. First, it was announced that Chase is offering its first ever Ultimate Rewards transfer bonus to British Airways with a 30% bonus. This was absolutely great news, especially for us West-coasters who take advantage of their cheap award flights to Hawaii. But, when I saw that it also made me worry that there could be a devaluation of those points soon. My intuition was unfortunately right.

Just a day ago, the British Airways Executive Club announced to its members that some changes are coming. On June 1st, the partner award charts would be different. They didn’t though, say what the changes would be. Luckily for us, the team over at The Points Guy did some research. By calling and speaking to the British Airways booking reps, they found the likely new award chart pricing for each zone.

Today, I’m going to analyze what both the Chase transfer bonus and the British Airways award devaluation mean for our beloved West Coast direct flights to Hawaii. Until recently, the round trip flights from the West Coast to Hawaii would take 25,000 Chase Ultimate Rewards points. Let’s find out what they’ll likely cost if you take advantage of the Chase transfer bonus and book a flight after the devaluation on May 31st.

First, let’s take a look at the transfer bonus that Chase is offering through June 16th at 8:59 pm PT. When you transfer your Chase Ultimate Rewards to your British Airways Executive Club account, you’ll receive a 30% bonus on those points.

This means if you transfer 100,000 Chase Ultimate Rewards, you’ll end up with 130,000 British Airways Avios. This is great news. Turning your points into even more points is usually a great option, especially when there are valuable redemptions to be had. Not so fast…?!?

Unfortunately, at almost the same time British Airways announced a partner airline award chart devaluation that will take effect on June 1st. Let’s take a look at how this devaluation affects “Zone 4” of the British Airways partner award chart. According to the research of The Points Guy team, the new award chart will still be distance based and will not have huge downgrades. Zone 4 in particular, will change from 12,500 Avios for a one-way economy flight to 13,000 Avios. Only a difference of 4%. That means that (if this research is accurate) it will still be a great offer to transfer points to British Airways for a future Hawaii vacation!

Breaking Down the Numbers

Now that we know the details of each piece of news surrounding Chase Ultimate Rewards and British Airways Avios, let’s take a look at the numbers. As mentioned above, Zone 4 in economy seats will only have a 4% devaluation. With a transfer bonus of 30%, it will still save you points in the long run if you’re planning on using them to fly from the West Coast to Hawaii.

Let’s take a look at how many Chase Ultimate Rewards will need to be transferred during this bonus period to book a future Hawaii flight through British Airways.

This means that after all is said if you transfer Chase Ultimate Rewards during the bonus period (before June 16th 8:59 pm PT) to British Airways, you’ll actually use 20% less of your points. This assumes that you book your flight after the devaluation on May 31st, 2019.

Our Thoughts on the Bonus/Devaluation in Regards to Hawaii Flights

While the British Airways partner award chart devaluation is bad news, it’s really not that bad. For these West Coast to Hawaii flights, it’s only a minor change to the award chart. With the transfer bonus from Chase Ultimate Rewards, you’ll still be saving a bunch of points. All in all, if the research by the team at The Points Guy is accurate, it’s still an amazing deal to take advantage of the transfer bonus from Chase.

While there are a handful of credit cards that earn Chase Ultimate Rewards through both the introductory offers and spending rewards, these are the two that will get you the most points from the get-go. The Chase Sapphire Preferred and the Ink Business Preferred are the top personal travel rewards card and the top business credit card, respectively.

LEARN HOW TO APPLY >>

If you were to transfer the points from this introductory offer to British Airways during the promo period, you’d have enough miles to book three round trip flights to Hawaii with the new award chart. That’s pretty impressive, but if you have a business, the next card is even more impressive.

LEARN HOW TO APPLY >>

Remember though, you’ll have to hurry to earn an introductory offer by completing the minimum spend in time to take advantage of this transfer bonus. While this is the first time there has been a Chase transfer partner bonus, it’s unlikely to be the last. American Express has been doing similar transfer bonuses for years. Chase, just now, is joining them.

Should You Take Advantage of the Transfer Bonus?

I will likely be taking advantage of this transfer bonus myself, as my wife and I often book these West Coast to Hawaii flights. Because I don’t have any flights that I can book before the devaluation, I’ll be playing it safe and waiting to transfer points until after the official devaluation is announced. That way I can be sure that it will still make sense to go ahead with the points transfer. The good news, as I mentioned above, is that Chase will likely have more of these transfer bonuses in the future.

Ryan loves to travel. He learned the power of using points and miles for travel way back in 2012 and hasn't looked back. Ryan's favorite place to travel is to Hawaii, where he's explored each of the main islands. Travel has changed his life for the better and opened him up to new experiences!

View all posts by Ryan →

~ The Fastest Way to Free Travel ~

Advertiser Disclosure: Travel Freedom has partnered with CardRatings for our coverage of credit card products. Travel Freedom and CardRatings may receive a commission from card issuers if you apply and are approved for a card. All credit card names are registered trademarks of their issuer. Please check offers closely on the application page as they change frequently and our info can sometimes be out of date. 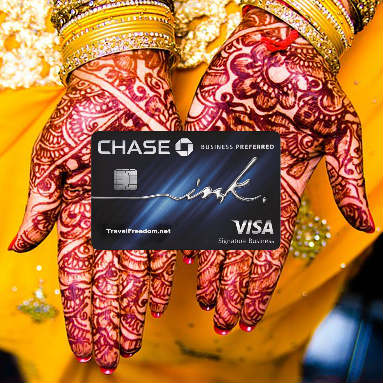